TV critics have really had a tough year: first, to keep up with all the TV shows currently airing; and two, trying to whittle down their “Top 10” lists to just ten. I have seen a lot of creative lists out there as some try dividing up their “Top 10” lists into categories, like a list for just broadcast TV shows and another list for cable TV shows and another list for digital/online TV shows; others have simply separated out into categories of drama for one list, comedy for another list, animation for another list — and so on. A top TV critic for The Hollywood Reporter had no less that 46 entries on his “Top 10” list. So 2015 has been a tough year and critics are struggling to find ways to expand their “Top 10.” I am no less challenged. It has been agonizing and difficult to try to determine which TV shows warranted a slot on my “Top 10” list this year. It is a struggle I have faced for many years as a TV critic; but it also something that yields interesting results. It makes me realize what shows I am truly enjoying and why I spend time with them.

In an era of over 400 original, scripted TV dramas in 2015 alone, no one can truly watch all the TV shows available. I made a determined effort to try, but even I could only wrangle about 275 TV shows last year — and that is likely about 100 more shows than other TV critics even attempted. So, in an effort to provide full disclosure, I did not watch all the TV shows in 2015.

Of the 275 shows I did watch, I have done my best to weigh each on a fair scale to select which earned a spot in my “Top 10” list and the following reflects that criteria:

To briefly explain, “fearlessness” in storytelling means a willingness to tackle the topic or subject of their story head-on with no regrets.

“Highly entertaining” is pretty self-explanatory — the viewing audience must enjoy watching the show and are not just enduring it.

“Consistency” means that each episode must stand on its own. Lots of TV shows have one or two great episodes and then fall-off the creative-cliff the rest of the season. So maintaining the momentum of a strong, well-written season is crucial as well.

The “water-cooler” factor is also essential. People must be talking about the show. It must be part of the zeitgeist and inspiring passion in those who watch.

So that is my criteria. It actually sets a high bar and it made it a bit easier to see which TV shows truly earned a spot on my “Top 10” list for 2015 — and here is which TV shows made it:

Because it helps to know what shows were strong contenders for the “Top 10,” here are the runners-up:

Finally, I wanted to include a few “honorable mentions” simply because there were a few more stand-out TV shows that deserved to be given shout-outs for their pure entertainability in 2015:

In case you are interested in a bit more explanation, here are a few more reasons my “Top 10” warranted recognition for their achievements in 2015:

12 Monkeys (Syfy)
An unconventional choice for being my number one pick for the best TV show of 2015, but 12 MONKEYS earned it. From its very first episode to its final episode of its first season, the show fearlessly embraced its apocalyptic story and raced towards finding a way to prevent it. It also introduced characters that were immediately worth cheering for and which made us feel conflicted about how each had valid reasons for wanting to either preserve or destroy the future timeline. It also dared to tell a very complicated story about how its hero would pop up in multiple timelines and trusted its audience would keep up with the fast-pace and labyrinthine storytelling style. It was a well thought-out and tricky tale — and yet joyously embraced its fantastic journey. 12 MONKEYS felt confident every step of the way and consistently offered a strong story of mystery and suspense. It also fully delivered on all five of the essential criteria: fearlessness, consistency, water-coolerness, clear “hero” and “heart,” and highly entertaining.

Madam Secretary (CBS)
Another unexpected choice, but MADAM SECRETARY that earned the 2nd highest spot on my list. With a clear vision of the tale it wants to tell, the show tackled thorny and politically-sensitive topics fearlessly. It made hard choices and terrifyingly portrayed current political events in ways that should be a wake up call about the world we currently live in. It also delivered incredibly compelling characters that we cheered for and worried could be deemed “expendable.” The strength of the writing and the performances brought this fictional world to life and made it addictive and incredibly relevant to the times we live in. 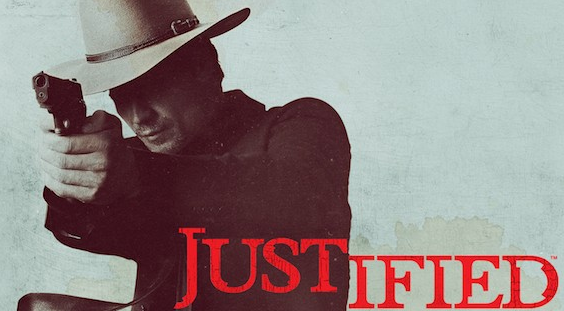 Justified (FX)
Refusing to be over-shadowed by all the other so-called “prestige” dramas currently on television, FX’s modern take on the cowboy and the outlaw was enthralling over all six of its seasons — and its final season was no less stellar. It shone with swagger and tumultuous character relationships that felt like a tug-of-war for not only their souls, but our affections. Tremendous performances by its regulars and its guest-star actors also added a layer of authenticity and addictiveness.

Limitless (CBS)
Pure confidence and out-of-the-box storytelling style raised this show from procedural status to “Top 10” worthy very quickly. Unwilling to take the orthodox route, the show had a lot of fun playing with its core concept and poking fun at its characters. The writer and performer glee emanating from it was apparent in every scene. Yet it also dared to layer in real consequences for its characters. The show could be just all fun and games, but had the audacity to reveal the darker side of the world it created as well. So it too earned its spot on this list by delivering amply in all the criteria categories.

UnREAL (Lifetime)
Help us all now. UnREAL gave us a villain in the guise of a “hero” and left us not only rooting for her, but also clamoring for more. Simply put, Shiri Appleby as Rachel Goldberg is riveting. You cannot take your eyes off of her. We all fell under her spell and allowed Rachel to manipulate us (the viewing audience) as deftly as she manipulated each and every person on the fictional show “Everlasting.” Much credit goes to creator Sarah Shapiro for introducing the character of Rachel and revealing the darker-side of “reality television” where the line between fiction and truth is more than blurred. But it would have been much harder to succumb to UnREAL’s sheer manipulations if it were not for Shiri Appleby’s phenomenal performance.

The Americans (FX)
Also daring to challenge our perception of what makes a “hero,” FX’s dark drama THE AMERICANS is about Soviet spies living amongst us and has twisted us in believing those characters are the “heroes.” In what universe should we be rooting for the bad guys?! Well, THE AMERICANS has definitely offered up the characters and writing that makes us question who we should be supporting and why in our own country. Fortunately, the line between reality and fiction is very clear with the events unfolding in a time over 30 years earlier. Powerhouse performances and nuanced writing elevates this show in ways that make you marvel that they can keep the bar so high as the show enters its fourth season.

Black Sails (Starz)
Audacious is definitely the world for this outrageous series. Ambitious, fearless, unflinching in its portrayals and yet still clearly having a ball, BLACK SAILS also has viewers rooting for the villains. Pirates are supposed to be the villains in history, and yet because it has created characters so compelling and crave-worthy, we cannot cheer them on and root for their victory. Its crowning achievement was revealing Captain Flint’s greatest secret. It not only gave insight into a complex man yearning to return to English governance, but only on his terms — and when one more great love was taken from him, we fully understood that he would burn down every inch of society in the wake of his wrath.

Bates Motel (A&E)
It was clear from the very beginning that we should not get too attached to Norman Bates and his tormented mother Norma. But with a clever twist of casting and deft character writing, it became too easy to see how no one wanted to see the monster-within just lurking beneath the surface: Freddie Highmore and Vera Farmiga are delightfully mercurial and seductive in their roles. Norman and Norma attract just the worst of humanity and yet instead of feeling sorry for the unsuspecting, we are enthralled by how easily Norman and Norma draw them into their deadly trap. The show also smartly cast just as compelling co-leads and gave the characters of Dylan, Emma and Sheriff Romero juicy bits to play in the midst of the Norman/Norma show. The show is the epitome of watching the predator and the prey caught in a spiderweb in BATES MOTEL.

The 100 (CW)
While depicting a tortured tale of survival, THE 100 also manages to capture our hearts. It dares to tell a story of how when young adults are given positions of power, they must make life-and-death choices that will haunt them the rest of their lives. Yet it also reveals how they bravely embrace love and the challenges of the new lives they are forced to live on a “alien” planet. THE 100 never shirks from the hard decisions and makes the consequences just as brutal and dire. The future is not pretty and not everyone survives. In fact, the death toll has been exceedingly high. The show is about the price of survival — and it is high. Raising the bar on risk-taking and daring to show the impossible decisions one must make to survive has given THE 100 a place on this list.

Daredevil (Netflix)
Quickly becoming the most watched digital show ever, DAREDEVIL was not just impressive in the viewing numbers, but by the quality it delivered. It also offered a hero that routinely got his ass kicked. It showed a more human and relatable hero — not on that was invincible, but one that was fallible and who learned from his mistakes. The learning-curve and humanness made Charlie Cox’s version of Matt Murdock delightful. DAREDEVIL also introduced a compelling villain in Fisk — one who the audience could empathize with and cheer for on occasion. Duality in its characters brought out stronger stories and better interaction.

Each and every one of the shows that made it on my “Top 10” list earned its spot. I could rave about each for pages and still never be done. I recommend that if you are not watching these shows that you take the time and watch. The same goes for the “runner-up” and “honorable mention” shows.

One last note: there are hundreds of other worthy and delightful and fantastic TV shows on television right now. Just because they are not mentioned here doesn’t mean each of those is not worthy of your time. I happily watched the 275 plus TV shows that I watched in 2015 and am looking forward to seeing where each of those go in 2016 — as well as embracing nearly 100 more new shows debuting in the next 12 months.

This is a rich and rewarding time to be a TV viewer and critic. Embrace it all. Savor it all. And have a wonderful time. I do.

(This article was first published at Seat42F, December 2015.)