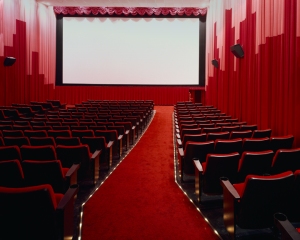 Ever since cellphones began making their way into movie theaters, the conflict began.  It started with teenagers wanting to share their reactions during movies with friends via texting or Facebook updates. Then a curious thing happened, adults embraced the immediacy of cellphone communication as well, which allowed them to keep tabs on their unsupervised children left at home or to keep in touch with spouses and business associates while attending movies.  An entire subculture of people cropped up overnight that were so addicted to communicating via text, email, Facebook/Twitter that they could not bear to turn off their phone – even while watching a movie.

From live theater performances to movie theaters, the incidents involving cellphone abuse is rampant and remains unchecked in our society today.   High-end theaters have sold tickets on the promise that they would guarantee uninterrupted screenings and performances – promises they have failed to deliver on.  Why?  Because there is no one who takes responsibility for policing cellphone abusers.

On planes, a flight attendant will have unruly passengers removed from a plane.  But in a movie theater or a live theater, the attendants rarely police the auditoriums, as it is only their job to keep each auditorium filled to capacity for each showing.  Yet it’s a simple equation, you will fill more seats when theater houses and movie theaters start ensuring an uninterrupted, disturbance-free environment.  It is no longer enough to check the picture and sound quality for a screening; attendees want to know that someone will come to their rescue when the obnoxious jerk next to them pulls out his or her cellphone.

In the past 3 months, at three different movie theaters, I myself encountered unsettling incidents involving people who thought it was their god-given right to talk/text/tweet on their cellphones during a movie.

The first incident involved a young man on a date during a matinee, when he made a cellphone call from inside a movie theater.  When asked to take his call outside, he made a threatening gesture and ignored the request.  It was only after a theater attendant was fetched that the guy tried to protest that he had done nothing wrong.  As if it is perfectly acceptable to make or receive a phone call during a movie and not leave the auditorium.  No, it is not.  That’s why all theaters have video reminders before a screening reminding viewers that such conduct is prohibited.  The theater attendant fortunately removed the offender and his date, and they were only allowed to return after 15-minute detention.

The second incident involved a well-to-do woman with her husband who was constantly checking her phone and texting.  When she was asked to put her phone away, she and her husband were verbally abusive, and she proceeded to keep texting for the remainder of the film.  After the film had ended, as the lights went up, the woman even came over and stomped on my foot – leaving me injured, in pain, and limping for several days.  Her husband then threatened me saying I needed to be taught a lesson.  Wow.  All because I asked someone to turn off their phone during a movie.  (In hindsight, I should have called the cops, but at the time I was so shocked and scared by the incident that I just sat there ‘til they were gone.)

The third incident involved another well-dressed couple at a matinee in a high-end movie theater.  The man had the gall to turn on his phone after just a few minutes into the movie, and when I again requested that he turn it off, a barrage of verbal abuse was quickly hurled in my direction.  Not wishing to be physically assault a second time, I quickly fetched a theater attendant who came in to talk with the man until he turned off his phone.  It took a few minutes, but eventually the man calmed down and the theater attendant was able to leave; and, fortunately, the guy kept his cellphone off for the remainder of the film.  But it left me rattled all the same.

What is sad about all three of these incidents is how common they are.  I mention any one of these incidents to my immediate circle of friends and family, and it sparks stories about how they have each endured similar abuse they have gone through at the movies.  Many have declared it is why they will not even bother going to the movies anymore – they paid good, hard-earned money to see a movie only to have the entire experience ruined by someone who can’t put their cellphone away.

Declining box office numbers cannot be attributed to the decline in product quality, but rather because theaters are unwilling to guarantee a disturbance-free environment.  No one wants to pay for a movie if it means dealing with cellphone abusers, or being put in the position where they have to police a movie theater because theaters are refusing to take the responsibility to do it themselves.

Before cellphones, it was the crying-baby, kids kicking the back of chairs, teenagers making out, or the noisy popcorn eater.  There have always been detractors from attending movie cinemas and live theaters. But noisy babies can be asked to be taken out of the theater, kids can be told to stop kicking chairs and to take their displays of intimate affections elsewhere, and noisy eaters – well, not much can be done about those who do not use better manners while eating in a theater. 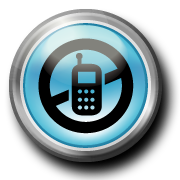 But cellphones have opened up a whole new world of problems.  What is particularly insulting and aggravating is that it is so unnecessary.  It only takes one pair of watchful eyes to keep offenders from reaching for their phones.  Theaters and cinemas just need one person stationed in each screening room to keep the peace and ensure a pleasant viewing experience for everyone.  But theaters are cheap and unwilling to take even the minimal effort of placing someone in the auditorium.  Unfortunately, unsupervised means no one feels accountable for their behavior.  Cellphones are whipped out the second the attendants are gone and the remaining patrons all groan wondering who will be brave enough to say something to the one person disrupting the entire room’s viewing experience.

Having endured my own fare share of physical and verbal abuse, I now wonder if it is worth it at all.  I used to pride myself on going to the movies at least once a week.  Now I hesitate and really have to think about it.  When every single movie experience results in a physical and/or verbal assault, it outweighs the enjoyment of seeing the film.  I don’t remember the movie afterwards; I only remember the jerks that couldn’t put their phones away and how scared I felt after asking them to turn off their phones or having fetched an attendant. 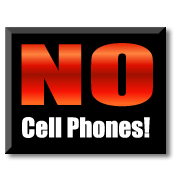 Cellphone abuse is on the rise.  It is no longer seen in just chain theaters, but high-end exclusive theaters as well.  So if that is the case, what are we paying for?  I know I do not want to pay good money to endure another round of abuse.  That’s not what I go to the movies for.   Not when I can wait a few weeks and just watch the movie “on demand” and in the comfort of my own home.

I know if you’re reading this article that you too have suffered from cellphone abuse by others.  You too have sat through a movie experience wondering why you paid your hard-earned money for such a bad-viewing experience.

Cellphone abuse is on the rise and the only way we can fight back is by staying home.  Sad, but true.  Because I can tell you from experience, asking someone to turn off their phone can result in a high-risk situation – where you are either verbally assaulted or where you are physically assaulted.  I had never considered going to the movies a high-risk activity before, but it is now not worth the risks.

It is time that theaters felt safe for everyone again.  It is time to enforce the rules that theaters so proudly display requesting people to turn off their cellphones.  It is time for theaters to take responsibility for ensuring a better viewing experience and not making viewers forced to police auditoriums.

I look forward to the day when I can return to the movies and not feel in fear for my own safety.  I want to enjoy the movie going experience again.  It’s time for a change.

“How Should We Treat Texters and Talkers at Movie Theaters?”

“Stop Being A Victim; You Can Stop Cell Phone Use In Theaters!”

“Be Cool – Put the Phones Away”

“Movie Theater ‘Ninjas’ Will Destroy Rude People, Or At Least Quiet Them Down”