In an unexpected and spine-chilling reveal at the end of last week’s sweet episode “Deez Nups” featuring the wedding nuptials of Carlton Lassiter (Timothy Omundson) and his sassy bride Marlowe (Kristy Swanson), Juliet (Maggie Lawson) called Shawn (James Roday) on his alleged psych abilities after she figured out that he was merely making super-keen educated guesses to break cases. It broke many a heart as Shawn merely stood before her and tried to explain how what started as a money-making lark turned into a great career in which all parties benefitted as over 100 criminals have been put behind bars.

All the years of fun and games came to a crashing halt in that single admission.  But not only was Shawn’s career on the line, his heart and happiness as well.  For how can Juliet forgive a man who has been blatantly lying to her for years?  Juliet thought she had fallen in love with a psychic-detective, a man who was honest with her no matter what.  Instead, she had fallen for a common charlatan.  She felt not only a betrayal to her heart, but it undermined her confidence in her ability to assess whether someone is being truthful.  As a detective, that knowing if a suspect or witness is lying is essential – and for Shawn to have lied to her and she did not realize it for such a long period of time, it makes her distrust her instincts in both her job and matters of the heart.

The look of pain, anger and disgust on Juliet’s face was heart-breaking.  As she stalked away from Shawn, we were left to wonder if there was ever going to be a way for her to forgive him.

For the show (well amidst its 7th season) to take such a leap and peel the mask away revealing the long-con that Shawn had been playing, was enough to take our breath away — and not in the good way.  We were left wondering if there was any hope for the future of Shawn and Juliet to live happily ever after, or if this betrayal would end their romance forever.  And who could have imagined that the day that Lassiter finally achieves wedded bliss that Shawn’s world would come crumbling down around him? It was shocking and gutsy twist, particularly as at the time this episode was filmed the show had not yet been picked up for an eighth season and, with only a handful of episodes remaining this season, PSYCH could have ended on a bittersweet note.

Yet with eight more episodes remaining, there is still time for Shawn to woo and perhaps win back the heart of Juliet.  But will she be quick to forgive him for such a momentous lie?  It goes to the core of who she thought Shawn was and the type of man she hoped to one day marry.  Plus, what does it say about Juliet if she forgives him? And will she agree to keep his secret or will her strong sense of right-and-wrong compel her to reveal Shawn’s fake psychic abilities?

PSYCH has always played a bit fast and loose with its outrageous and hilarious comedy storylines, but it is when it dares to peel back its comedic mask and reveal the all too human beating heart underneath that it rises to the level of greatness.  It was a risk to end such a high-note episode with such a pain-filled revelation.  But it also reminded us why we love the show – it takes risks and trusts that we will fall in love with it even more because of the trust it bestows in its fans.  For better or worse, we have committed to stand by the show that takes us down paths of joy and loss. We trust that the payoff in the end is worth it.  We must believe that there are such things as happy-endings and that there is still a place in the world for those who intend to do good through some clever “white lies.”

Here is to hoping that PSYCH finds a way to reunite Shawn and Juliet, albeit with their eyes a bit more wide open than before and less secrets between them.

All new episodes of PSYCH AIR Wednesday nights at 10:00 p.m. on USA Network. 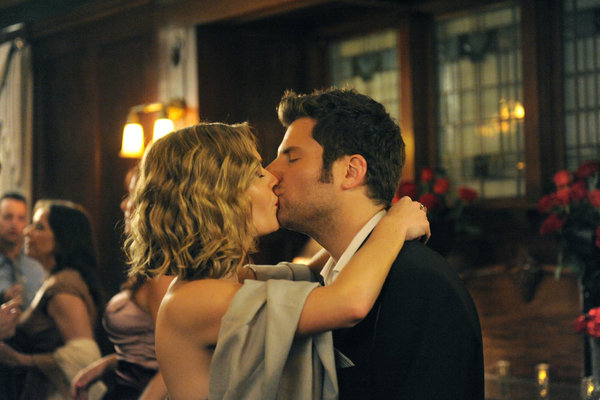