With the immediacy of Twitter, Instagram, Pintrest and even Facebook making it so easy to broadcast news throughout the digital realm within seconds, the annual television pilot season has become akin to a virtual game of fantasy-football. Each TV pilot is eagerly touted as the next big TV show and, with the casting of each new hot celebrity name attached, the teams are being critiqued and weighed without consideration whether the final product will be actually worthy of earning one of the few coveted slots on the primetime broadcast grid. And, sometimes, a pilot that is worthy has the misfortune of finding itself plum out of luck simply because there are no available timeslots for the network that paid for it.

So here’s the five cold hard truths about television pilots:

Truth #1 – A great script does not guarantee a great show.

With literally thousands of television scripts and pitches to sort through each year, the screening process to narrow down to the truly worth-while script is arduous. But even the most brilliantly written piece of prose describing the most scintillating characters, which will rivet and captivate audiences, can find itself shackled by mis-cast actors or a director who doesn’t understand the material well enough to bring it to life. The end result is a clunky 42 minute pilot episode that will not ever see the light of day and will be hidden away in the lost vaults of “dead” pilots.

Truth #2 – Big name stars do not guarantee a great show.

Every day we’re hearing the names of film and television stars heralded like they are the next savior of television. If it’s not the fact that Josh Holloway has been lured back to television or James Van Der Beek has found another comedy show so soon, or the quiet announcements that Tate Donovan and Marc Blucas (currently co-starring on DECEPTION and NECESSARY ROUGHNESS, respectively) have landed pilots, it is the eagerly anticipated return of Greg Kinnear to his television roots. Yet even golden-gilded stars cannot guarantee a television show worthy of being picked-up to series. All those glittering and gorgeous stars cannot save a show that does not have the script to support such a strong cast; for if the foundation of a script or the execution of it falters, then the brittle celluloid house of cards comes crumbling down.

Truth #3 – A great script and great actors do not always make magic.

Then there is the awful truth that even with the perfect combination of a great script and perfectly cast actors, a TV pilot could still come out a dud. This could be simply because the elusive “lightning in a bottle” magic that makes a television pilot work did not strike. The terms “Hollywood” and “magic” go hand-in-hand because whenever a TV show or movie comes out perfect, it surely must have been due to some magical fairy dust. All the talent in the world can still make a bad TV show if the stars do not align. That is why we call them “stars” – there is a bit of fairy dust magic sprinkled across them. Scripts, actors, directors, producers and all the other talent associated with making a TV show – it is nearly 300 moving pieces and to have them align in perfect order and create something worth of being deemed magical, that is a miracle. The odds are against it and most gambling bookies would never even take the odds.

Truth #4 – A great show could find itself without a home.

Just as horrifically, sometimes a television pilot is struck by lightning and been blessed with an inordinate amount of fairy dust. The end product is a pure miracle and everyone is dying to place it somewhere, anywhere on the primetime broadcast grid. But even miracles can find themselves homeless. Just a few years ago, a miraculous work of art known as “Locke & Key” was made by Fox, brought to life by writer Josh Friedman and director Mark Romanek, along with the fantastically cast Mark Pellegrino, Ksenia Solo, Nick Stahl, Sarah Bolger, and Jesse McCartney. For the privileged few who got to see it, the pilot was a work of art. It was the embodiment of television magic. Yet it had the misfortune to be paid for by a network that did not have enough timeslots available and it let “Locke & Key” fall into the pit of “lost” pilots. It is criminal when great shows die simply because a network has too crowded a broadcast schedule.

Truth #5 – Viewers shy away from great shows and settle for lesser fare.

Finally, the last hard truth is that viewers are not looking for great television shows. The vast majority of shows that viewers choose to spend their precious leisure time with are shows that are either mediocre or merely solid. Very few could be considered laud-worthy. Just look at the Emmy nominations for the past 5 years, it is the same shows over and over again. Why? Because most viewers are satisfied to watch a mediocre or solid show versus one that could be called miraculous. So each year we see amazing shows lucky enough to score a slot on the primetime grid, rapidly fail to attract and hold an audience simply because viewers have lowered their expectations and standards, or were too lazy to even check it out. I could name off my top 10 shows and the average person may have heard of one or two on the list. Viewers are just too lazy to even try to figure out if there are great shows to be seen. Great TV shows are not always easy to find, but like panning for gold, they are worth the effort taken for they are a treasure worth discovering.

There are undoubtedly numerous other factors that contribute to why a TV pilot never makes it to series, or if it does, why it soon finds itself pink-slipped and food for the Cancellation Bear. But these are the more glaring factors. So don’t get too attached to any of the TV pilots that have you salivating at the prospect of adding it to your “must watch” list for this Fall. Wait and see if they even get ordered to series and given a timeslot. And if they make it that far, be sure to encourage everyone you know to watch – or it may not stick around very long.

Hollywood only looks warm and fuzzy from the outside; on the inside it is run by cold hard cash and cold hard truths. Brutal, but true. 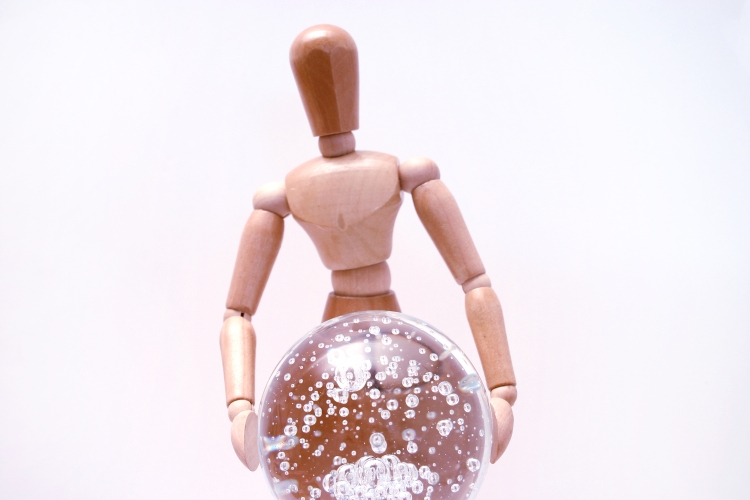