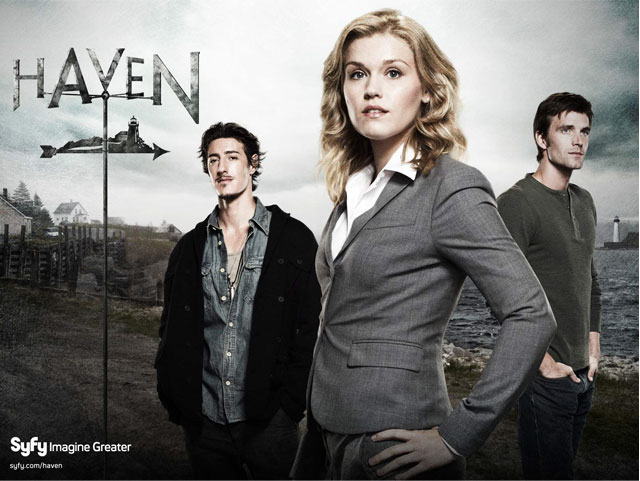 Returning for its third season on September 21st, the Syfy show HAVEN is a thrilling supernatural series based on the short story “The Colorado Kid” by Stephen King. The King of Horror had a spine-chilling idea that germinated into a television series and created something quasi-horror, quasi-mystery, and definitely very supernatural — enough to make your skin crawl and your mind wonder what kind of world you just discovered.

The series focuses on a town inhabited by “troubled” folk. Many, if not all, are afflicted by some sort of supernatural ability. Some are thrilled to discover their new-found power and abuse it relentlessly. Others are shocked and horrified and strive to appear as normal as possible, so that they can go about their un-normal lives inconspicuously. But most cannot control their abilities and events frequently spiral out of control.

Summoned to investigate in the mysterious goings on in Haven, Maine, FBI agent Audrey Parker (Emily Rose) discovered, much to her surprise, that she too may be one of the “troubled” — and may have lived a past life in Haven under the name of Lucy. Whether Audrey is a reincarnation or is in fact Lucy herself, still remains a mystery. Compelled by her own murky history and driven to unravel what is going on in Haven, Audrey is inexplicably drawn to Haven — even so much so to give up her FBI position and remain in Haven as part of its local law enforcement. Working with the local sheriff and her partner Nathan Wuornos (Lucas Bryant), as well as the unconventional aid of the town smuggler and resident “bad boy” Duke Crocker (Eric Balfour), Audrey finds unique ways to assist or stop the “troubled” of Haven.

This charming and often-times creepy series has entranced fans around the globe.

As a special reward for fans and to lure new fans, HAVEN is making an appearance at San Diego Comic-Con, with a fan party at the Sidebar night club and an autograph signing on Friday, July 13th (2:30 pm – 7:00 pm) in the Sails Pavilion, Booth AA21.

For those interested in attending the Sidebar party, be sure to stop by the Entertainment One booth (4021) in the Exhibit Hall on Thursday, July 12th. Here is the information about the party itself:

WHAT: “HAVEN” Cast, Celebrity and Fan Fest – A Comic-Con opening celebration featuring the cast of Entertainment One’s Syfy hit television series Haven in downtown San Diego during Comic-Con International: San Diego. Cast members and other celebrities will be mingling with guests during this celebration, hosted by Entertainment One.

Drama/crime series “HAVEN,” now in its second season on the Syfy Channel, is based on “The Colorado Kid” from famed author Stephen King. Haven, Maine is a refuge town for people with supernatural abilities; the supernatural thriller leaves Haven’s residents and FBI agent Audrey Parker (Emily Rose) solving strange mysteries that surround the area. Her work reveals hidden secrets about Haven and herself.

With offices in Toronto, New York, Los Angeles and London, Entertainment One (eOne) is a leading international entertainment company specializing in the acquisition, production and distribution of film and television content. eOne’s comprehensive network extends around the globe including Canada, the U.S., the UK, Ireland, Benelux, France, Scandinavia, Australia, New Zealand and South Africa. Through established Entertainment and Distribution divisions, the company provides extensive expertise in film distribution, television and music production, kids programming and merchandising and licensing.

(Information provided courtesy of Entertainment One.) 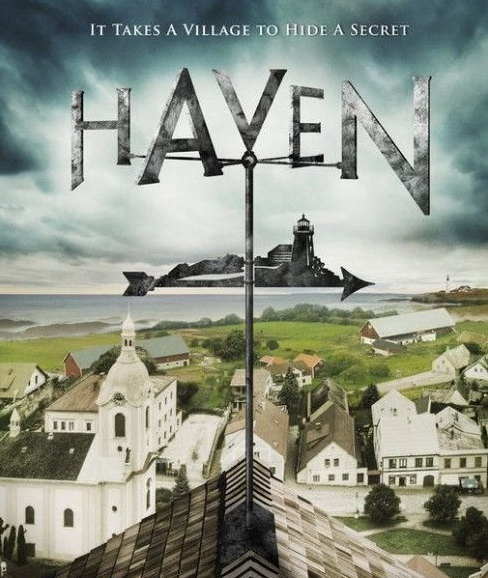