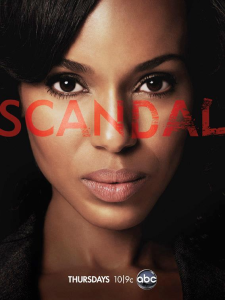 The ABC political drama series SCANDAL is about a political crisis management company, a.k.a. “fixers,” who work behind the scenes to make sure that the hot and juicy secrets of Washington, D.C.’s power-elite never see the light of day. Kerry Washington stars as Olivia Pope, the woman who has the ear of the President and who wields extraordinary power just because of who she knows. After last week’s debut episode, in an exclusive interview, Kerry teased what may or may not be really going on, particularly as to the insinuated relationship between Olivia Pope and President Fitz Grant.

With infidelity, particularly infidelity in politics, being such a hot-button, did you have any qualms in portraying a character willing to become a mistress, let alone a mistress to the President?
KERRY: I think there is still a lot to learn about the dynamic of what’s really going on. I’m always careful to remind people to stay-tuned ’cause everything is much more complicated than it appears. But, no. One of the things that I really love about Shonda’s work is that she is not afraid to go into the gray area. Sometimes we, as a people, want to paint a picture of human beings as either good or bad. We do it with characters. We do it with people. And I think Shonda understands that human beings are much more complicated than that. I think that’s admirable of her as an artist, to be willing to go into the gray area.

Do you think that there are no limits to the lengths Olivia will go to protect her secret relationship, of whatever kind it is, with President Grant?
KERRY: I think again that’s a good question. I think you’ll learn more about that as the season goes on. I’m so sorry! It’s a difficult thing. I think one of the most exciting things about the show is that you think you really know. Even from here, I think it would be easy to think, “Well, I know what next week must be about.” Even close friends of mine, who have seen the second episode, they keep saying “oh, I know.” You think you know thematically or at least structurally what next week’s episode is going to be and yet you have no idea.

So about Quinn, can you share why Olivia thought she needed Quinn to be involved and a part her team. It seemed like there was a big push to bring Quinn in, yet we’re not sure why?
KERRY: Yeah, and you’re not supposed to be! Trust me if you were supposed to understand that, you would. [Laughter]

Does Olivia see her team as her quasi-family or are they more her tools to accomplish her professional goals?
KERRY: No. I spent a lot of time with Judy Smith, who inspired the show and I should say the show is inspired by Judy but is not based on Judy because Judy did work in the first Bush White House — but she did not have a complicated relationship with that President. Her work life is a real inspiration for the show. She actually has a new book out called, “Good Self, Bad Self.” One of the things that I learned is that the thing that distinguishes her, in my opinion, from a lot of other people who do this kind of work is that she has this inherent real desire to take care of people. She has this very compassionate spirit and she really wants people to be okay, and that’s why she “fixes” things. Judy is somebody who fixes things for her clients, but she also fixes things for the person who is standing in line behind her in Starbucks. She just can’t help herself. And I think the thing that is true for Olivia and the people that work in her office, she really cares about them and part of the reason that they work at Pope and Associates is part of the reason they are good at what they do — and you’ll learn this as the season unfolds, that they all have their own experience with crisis. They all know what it’s like to have a seemingly worst-day-of-your-life. So when a new client walks in the office they know how to approach the situation with a level of compassion. I think Olivia cares very deeply for them and really respects their talent.

For the characters on the show, do you think they are adrenaline-junkies and are drawn to living amongst this high-pressure and in-the-fire kind of situation all the time, or is it more like you were pointing out that they are more empathetic and compassionate because of their own personal experiences?
KERRY: I think it’s more complicated than that. But I don’t think these characters are adrenaline-junkies. I think they are incredibly passionate about what they do. They are “gladiators” in suits. They need to win, no question about it. But it’s not coming from a place of ego or empty chasing of a rush. I think they really do want to help. They’re in this game because they believe that people deserve a second chance. That if somebody is willing to be accountable and take responsibility and own up to what they’ve done, then that person deserves a shot at being a better version of themselves.

Now that we’ve met Amanda, the presidential intern who allegedly had the affair with President Grant, is the revelation that such a thing could have happened something that shatters Olivia’s world or is it just another crisis for her?
KERRY: I would hope that in watching the episode that it’s a little more complicated than it being just another crisis. I hope that was clear emotionally.

Do you think Amanda is going to become a thorn in Olivia’s side or is she going to think “this is just another job, I’m totally cool with it”?
KERRY: I think you’ll learn more about that as the weeks progress. [Laughter]

How will it change Olivia’s relationship with Fitz? Obviously this wasn’t something she saw coming and it might be a real breaking point for them. It’s definitely put some strain on their relationship.
KERRY: I feel so badly because I can’t answer these questions! So much of this show is about the unraveling of what is going on for these people and I don’t want to ruin it for you. That would take the fun out of it. [Laughter]

Okay, here’s a safer question, how much fun was it working with such a wide array of guest stars, such as Josh Malina and Brendan Hines and a bunch of other recognizable actors from other great shows?
KERRY: I keep saying, quite honestly, that on a show like ours — especially a show like this — the guest stars make the show because its a ridiculous ensemble cast. It’s phenomenal. And Josh is actually in every single episode. I’m not sure you can call him a guest star even though he’s credited that way. But the people on this show — people come to Pope & Associates on what feels like the absolute worst day of their lives — so the actors that come on as guest stars, they have to bring a level of intensity in order to make our ability to fix a situation look real. So it was tremendous to be able to work with the caliber of actors that were coming in every week. People who upped our game.

To find out just how salacious and scandalous things are going to be revealed, tune in for an all new episode of SCANDAL on Thursday, April 12th at 10:00 p.m. on ABC. If you think the second episode has your ears burning and your mind buzzing, wait until the third episode! Wow! 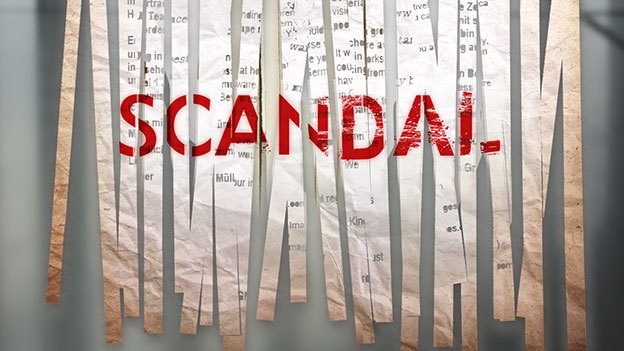