Currently amidst Series 6, the second series featuring Matt Smith as The Doctor, DOCTOR WHO is a phenomenon.  Airing in over 50 countries around the globe, fans just cannot get enough of it; and the verse of DOCTOR WHO continues to expand and enthrall new viewers each day.

WARNING! This article contains *Spoilers* – – stop reading now if you’ve not seen Series 6, part 1.  Read at your own risk!

Series 6 brought back the newly married duo of Amy Pond (Karen Gillan) and Rory Williams (affectionately known as Mr. Pond) (Arthur Darvill), as The Doctor’s companions and the return of the infamous River Song (Alex Kingston) who always shows up when The Doctor least expects it.

In one of the most shocking season openers ever, the first episode “The Impossible Astronaut” showed us The Doctor’s death.  Albeit, a future version of The Doctor, but his death nonetheless.  It was heart-breaking and shocking and propelled the current season at a frantic and desperate pace as Amy, Rory and River all sought answers and a way to stop that future event from happening.

Yet, in their haste and distraction over worrying about The Doctor, an even more horrifying event came to pass:  the abduction of Amy and her baby.  Right from under their noses, Amy was stolen and they never even noticed – well, The Doctor noticed that something was wrong.  As everyone around him sought a way to keep him safe, The Doctor began a quiet investigation into who Amy really was and what happened to the Amy he knew and loved.  It was a feat that any magician would have been proud of – to steal one of The Doctor’s beloved companions and get away with it.  With the wave of a wand, Amy simply disappeared.  But it was not Amy that was the prize, but her and Rory’s baby girl.

The revelation of who was River Song blew minds through the Who-verse.  It was always suspected that she may one day be The Doctor’s wife, but it never occurred to anyone that she was Amy and Rory’s daughter.  What a glorious and startling surprise!  Another sleight of hand that captivated us all.

But just when we found out that Amy had been abducted and rescued, the magician behind it all, pulled one last trick:  he or she stole Amy and Rory’s baby daughter.  It seemed like another improbable paradox, for how could she be stolen when River was standing right before our eyes.  That is River’s story.  Who has taken a child and perhaps created her to be the most dangerous weapon in the universe – the one person that may ultimately kill The Doctor one day?

Yet that may not be what the future holds.  The ongoing mystery looms as Part 2 will begin airing again as of September 3, 2011.

Despite the prevalence of the over-arcing stories of Series 6, The Doctor’s death, Amy’s abduction and the mystery of River Song, there was a lot of fun to be had along the way as The Doctor not only played cat-and-mouse with the U.S. government (mostly President Nixon with the aid of Canton Everett Delaware III), embarked on high seas adventure aboard a pirate’s ship, and took a time-out to meet his T.A.R.D.I.S. in human form.  One of the quintessential elements of DOCTOR WHO is the childlike wonder and whimsy of discovering a world-full, nigh a universe-full of extraordinary beings and adventures.  It is not enough to present us with time paradoxes, mysterious and threatening aliens, and puzzles about who the people really are that The Doctor surrounds himself with – there has to be time to enjoy the magnificent wonders of the universe.  There is simply so much to see and explore and savor.  One lifetime is simply not enough, and The Doctor has discovered that even he cannot see it all.  But he will certainly try and for those lucky few invited along for the ride, it is beyond their wildest dreams.

As any die-hard fan already knows, the BluRay/DVD set for DOCTOR WHO Series 6, Part 1 will be available as of Tuesday, July 19th .  (For those wondering, look for Part 2 to be released in November 2011 and the complete DVD set for Series 6 to be released just in time for the Christmas holidays, also from the BBC).  Special features on the DVD set for Series 6, Part 1 include:  The Monster Files, which previews The Doctor’s new and perhaps most dangerous foes, The Silence and Gangers.  Also included are:

Episode 1: The Impossible Astronaut
Episode 2: Day of the Moon
Episode 3: The Curse of the Black Spot
Episode 4: The Doctor’s Wife
Episode 5: The Rebel Flesh
Episode 6: The Almost People
Episode 7: A Good Man Goes to War

For those who have already seen “A Good Man Goes to War,” that episode left everyone breathless.  It was an adrenaline rush to watch The Doctor enlist friends and enemies to track down the missing Amy and accomplish such a daring rescue.  But it was those final moments, that provided the shock-and-awe needed to make Part 2 a date worth counting down for – seeing The Doctor’s reaction to learning the identity of River Song and his renewed sense of determination to unravel the mystery of who was behind her abduction.  It also ratcheted up the ticking of the countdown clock towards The Doctor’s doom.  Surely, the events of “The Impossible Astronaut” cannot be completely rewritten in time – that is what sparks the amazing journey ahead.

Finally, just as well-known to fans and Comic-Con enthusiasts, DOCTOR WHO will be a featured panel at Comic-Con this year with stars Matt Smith and Karen Gillan making special appearances, along with writer Toby Whithouse (who coincidentally created the British series BEING HUMAN) and executive producers Piers Wenger and Beth Willis.  To cap off the Comic-Con experience, Matt is also appearing for the TV Guide Fan Favorites panel at Comic-Con.  It is remarkable that DOCTOR WHO is bookending such a major convention.  But that is just how popular DOCTOR WHO is and it is smart to give the fans what they want – a chance to celebrate together a show that captured our hearts and imaginations, not for just a season or two, but for our lifetimes.

DOCTOR WHO is not just a television show; it is a part of our lives and a journey we embrace willingly.  It is our opportunity to be “companions” of The Doctor’s for awhile and we would not part with one single second of it.  Such an adventure is to be cherished and savored — time and time again! 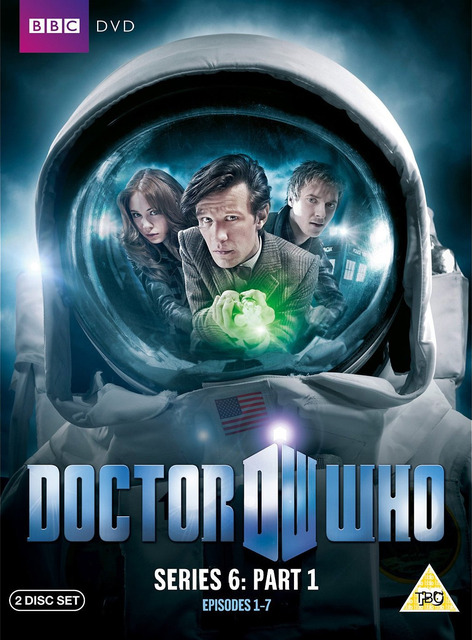 2 thoughts on “DOCTOR WHO: Reflections on Series 6, Part 1 and Its Shocking Revelations (2011)”