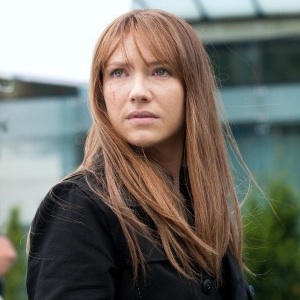 At the end of Season 1 of “Fringe” we were introduced to the alternate universe.  It is nearly an exact replica of the world we live in, with significant differences.  It is where the infamous William Bell had been hiding and where Peter Bishop originally hailed from until stolen by Walter when he was a boy.  With the revelation that “Fringe” had actually taken us “over there,” it was a game-changer.  The mysteries that Fringe Division were encountering were no longer limited to earthly explanations – they could be explained by the fact that there was another doppelganger universe on the other side, from which people and objects were falling through the cracks.

Then at the end of Season 2, “Fringe” dared to do the inconceivable and replaced Olivia Dunham with her doppelganger – leaving Olivia stranded on the other side and the faux-Olivia to wreck havoc in our world.  When it was first announced that the 3rd season episodes would flip-flop (one episode in our world, and the next in the alternate-verse), fans were dubious that the show would be able to pull off such a feat.  Would viewers and fans be able to watch a show that was essentially two shows in one with a tiny bridge in the temporal rift connecting them?

Yet as the third season debuted, the alt-verse was suddenly a lot more interesting and captivating than we expected.  Seeing Anna Torv playing the deliciously wicked Faux-Olivia and the confused Olivia who had been injected with memories of her doppelganger in order to pass her off as the alt-verse’s Olivia and so that she would agree to medical experimentation, was mind-blowing.  It became riveting to watch both what was going on in our verse with the Faux-Olivia and what was going on with Olivia in the alt-verse.  Instead of confusing viewers, it made the show even more compelling and gripping to watch.  The stakes were higher and the double-deception had us holding our breath in anticipation to see what small slip-ups would be revealed as Faux-Olivia knowingly tried to impersonate Olivia, and Olivia unknowingly was impersonating her alternate.  There were many clues to the switch, yet those closest to both did not spot the impersonations.  It meant that the viewers were virtually the only ones who knew and it was exciting being in on the secret.

So as each day loomed closer and closer to Olivia figuring out that the switch had been made and finding a way to return home, it began to dawn on me that I was going to be a bit heart-broken when she did.  In the space of eight episodes, they had accomplished the impossible – I did not want Olivia to return home.  I was going to miss the alt-verse too much – and it was not just the alt-verse, but rather how Olivia interacted with it.

Watching Faux-Olivia back in her world was too mundane.  She was over-confident and predictable.  Plus, there was no danger.  Only when Olivia was in the alt-verse did it feel like it was filled with possibilities and mine-fields.  When would she figure out who she was?  Would anyone else notice before she did?  What small details would trip her up?  The same was true with Faux-Olivia in our world.  While she knew exactly who she was, her mission put her at odds with those around her.  She was a ruthless killer who would do anything to make sure her mission was not jeopardized.  As Olivia was picking up the pieces of her memories, Faux-Olivia was slowly destroying Olivia’s existence in our world.  It is unfortunate that the switch back was made so quickly as it was engrossing to see how each character was assimilating into the other’s life and changing it to suit their needs.

On the flip-side, Faux-Olivia was learning to be a better person while exposed to our world.  While in the end she did not deviate from her mission, she was touched and perhaps influenced by her time spent living in our world.  She began to see that we were not the enemy that she had been told all along.  She learned that Walter’s reasons for kidnapping Peter as a child was done out of love and that Peter willingly returned to our world because of his love for Olivia.  How can we be the heartless monsters as depicted by Alt-Walter when so many people’s motivations are derived from selfless love?  Yet even with this startling discovery, she ultimately chose to complete her mission and return home – without seeming to care about the chaos she had wrought, nor the destruction that she had unleashed by stealing a vital piece of “the machine.”  It remains to be seen if her experiences truly changed her or was it just a prick on her conscious that she chooses to ignore.

So as the remainder of the 3rd season returns on Friday, January 21st (with an episode entitled “Firefly” – talk about karmic irony!), it will be curious how quickly the show returns to the alt-verse.  Executive producers Jeff Pinker and J.H. Wyman have promised that the show will return to the alt-verse, but they have not said when or how frequently.

With Peter and Olivia’s blossoming romance cut-short by the painful revelation that Peter could not see that Faux-Olivia was not his Olivia, the entire Fringe Division team in our world will be out of sorts.  Olivia feels heart-broken and betrayed that her life was invaded by a pretender who had so little regard for her privacy and personal relationships.  It has been agonizing to find out that no one missed her – no one noticed she was gone or realized that there was an imposter in their midst.

The symbiotic relationship and parallels illustrated by having the two Olivias live in each other’s lives was fascinating.  It added a level of danger, uncertainty and unpredictability to the series that kept us glue to our television sets.  It elevated “Fringe” from a monster/mystery-of-the-week format and dared to be a science fiction show breaking boundaries in sci-fi story-telling.

Alas, all good things must come to an end.  It would have been wrong to leave Olivia in the alt-verse.  Or would it?  I know I am going to miss the mixed-up worlds and the challenging stories and character dilemmas that it inspired.  The story within a story format may have been taxing on fans who appreciate more linear or one-leveled story-telling, but for some of us, it was exhilarating.

I remain torn between two worlds and two realities and find myself craving a world where Olivia lives in the alt-verse simply because it made some of the most compelling science fiction to ever grace the television screen. 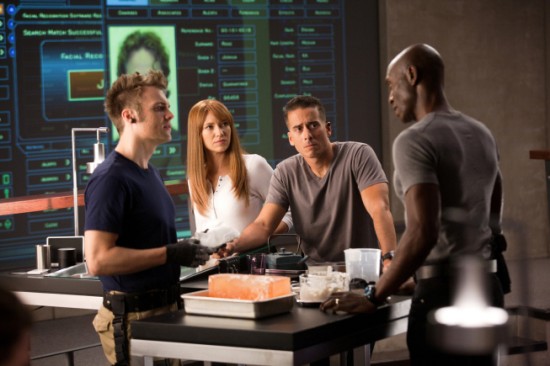 9 thoughts on “FRINGE: Torn Between Two Realities – Is it wrong to love the alt-verse more than our universe? (2011)”